We Receive Memorial HeroBracelet orders from around our entire globe.  Many of these precious and meaninful bracelet have included sayings or mottos on them to honor and remember a fallen soldier or brother or sister.  We memorialzie in ways that hold personal meaning, and different countries have mottos for their branches of the service which are so interesting.  We've listed some here for refereence if you ever see these written or or a soldiers memorial band.

Really Cool Research on some Mottos !  Most of this found around the web, we do not guarantee authenticity.  IF you have a motto or information  you'd like us to share on our Website we would love to:  #Heroes #Military #fallensoldier blog post please email us at : Orders@HeroBracelets.org

thanks, AND AROUND THE WORLD WE WILL NEVER FORGET ALL SACRIFICES MADE ! 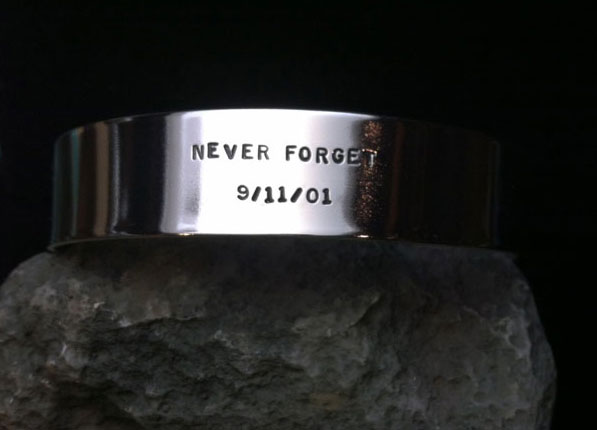 The unit mottos of the 82nd Airborne (“All the way!”) and the 101st Airborne (“Rendezvous with Destiny”) are pretty well known. As a rule, military unit mottos tend to be 1) written in Latin, and 2) framed around the core values of the armed forces. This has the dual benefit of bolstering morale and warning off the legions of ancient Rome, should they ever rise again. Every once in a while, a unit gets creative with its battle cry. Here are 10 military mottos you might not know.

The Asymmetric Warfare Group is a special mission unit for U.S. Army Training and Doctrine Command. The AWG is designed to help other units plug vulnerabilities while identifying emerging threats abroad. (Generally speaking, targets identified by AW guys downrange are not long for this world.) The unit’s motto is “Otatsiihtaissiiststakio piksi makamo ta psswia,” which is the Blackfoot Indian language translation of “Normal is the cycle on a washing machine.”

The motto of U.S. Army Special Forces is “De oppresso liber,” which is notable for meaning “To free the oppressed,” or maybe “Free from having been oppressed.” Or maybe “Free from the oppressed one.” Thankfully, unconventional warfare doesn’t often require a command of Latin grammar. The lesson for other units? When in doubt, stick with English.

The U.S. Army Finance Corps traces its lineage back to June 1775, when the Continental Congress first established the Continental Army. One of its subordinate units, the 18th Financial Management Center, is headquartered out of Ft. Bragg, North Carolina. It primarily supports XVIII Airborne Corps—the “sky dragons.” In fantasy literature, dragons are notorious for hording gold. It makes sense, then, that the motto of 18th FMC is “Draconis thesaurus,” or “Dragon’s treasure.”

Take a close look at the emblem of U.S. Cyber Command. On the interior ring, you’ll notice what appear to be dots accenting the design. Look even closer, and you’ll see they aren’t dots; they’re alphanumeric characters. Maybe the Battle of Thermopylae would have gone differently if those three hundred Spartans had a battle cry like “9ec4c12949a4f31474f299058ce2b22a.” (It seems there’s nothing cyber can’t do.) That particular little motto is an MD5 hash of the command’s mission statement, which is really long but amounts to: “Our computers will destroy your computers.”

6. IN GOD WE TRUST; ALL OTHERS WE MONITOR.

The Technical Applications Center keeps an eye on signatories to nuclear treaties, and monitors the world for nuclear weapons detonations. It is always on alert, and accomplishes its mission using satellites, seismic gear, and hydroaccoustics. Its motto: “In God we trust; all others we monitor.”

The 704th Military Intelligence Brigade belongs to the U.S. Army Intelligence and Security Command, and handles signals-intelligence and cyber defense in conjunction with the National Security Agency. If for no other reason, in light of recent revelations, its motto is slightly unnerving: “Here and everywhere.”

Awesome patches and mottos from Air Force test pilots could fill this list twice over, but the Spirit stealth bomber might have had the best patch of all time. Embroidered on the emblem of the 509th Bomb Wing “Spirit” flight tests is a space alien riding a stealth bomber. The mottos printed on the scrolls: “To Serve Man,” and below, “Gustasus Similis Pullus” (literally: “tastes like chicken.”) To Serve Man, of course, was the name of a celebrated Twilight Zone episode in which a mysterious book with the same title is discovered. It turns out to be a cookbook used by space aliens in preparing the delicacy that is homo sapiens. What’s the twist with this motto? The test flights were conducted at Area 51.

9. …MINUTES AND HOURS—NOT DAYS AND WEEKS.

The fluidity of modern warfare and the nature of the enemy dictates flexibility rarely associated with the Army. The Rapid Equipping Force was established in 2002 to provide commercial and government off-the-shelf solutions to warfighters on the ground. The unit was instrumental in providing infantrymen with such things as explosives materials detectors and robots designed to find bombs and people in the caves of Afghanistan. In keeping with its name, the REF’s motto and mindset is “…Minutes and hours—not days and weeks.”

We had an order from the Green Berets Netherlands:

The entire netherlands: Je maintiendrai (roughly translated; I shall hold on)

Navy: Pugno Pro Patria ( I fight for my country)

Marine Corps: Nil volentibus Arduum (Nothing is hard for those who want to)