Spc Kevin J Graham, my son, always wanted to be in the military.  As a young child, he and a friend would dress up in "military" garb and pretend to be protecting our neighborhood.  He loved anything military and had quite a large inventory of clothing, videos, military patches and other items related to the military.  He loved going to antique stores to find something new to add to his collection. Through the many stories I have been told he was respected greatly by those whom he served with.  But most importantly he was a Christian and how grateful I am to know he trusted the Lord.  Thank you for Hero Bracelets, many people have commented on my bracelet and that has given me the opportunity to talk about him and share his story and his desire to serve this country.  God bless, Sandy (Graham) Hess

~ Kevin loved old cars mainly because he grew up going to car shows in our 1939 Ford street rod.  At the age of 19, he bought a 1965 Pontiac Lemans and continued the tradition of going to car shows but this time he showed his own.  He worked hard to make it a show winner and won many awards.  His buddies in the military always were amazed at his mechanical knowledge and I am told he always checked and rechecked the Stryker he was on and drove before each mission.  After Kevin was killed, we decided to have a car show in 2010 to honor our fallen heroes and support Fisher House at Ft. Campbell.  The show was an amazing success and we had intended to continue having the show every year but the following year, Kevin's father was diagnosed with cancer and passed just 11 months later.  The idea of planning another show without my husband was overwhelming and have not been able to do another one.  We do have a website for the car show, it was called Kevins Krooze.  Please go to http://kevinskrooze.com/  It also has many pictures of Kevin growing up and his family. 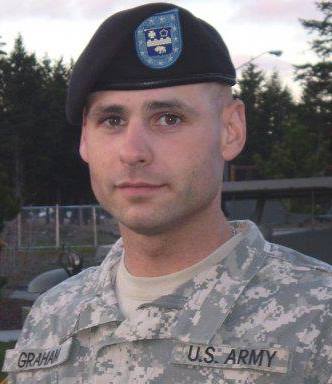