TRUE HEROES:  Herobracelets loves to call to honor our veteran heroes.  We have so many past military heroes who have made an impact on our nation and America is truly in debt to these amazing men and women in uniform!

~ Chaplains aren’t just religious advocates for service members. They’re also relied upon for moral and spiritual well-being, with an ability to be calm in the most harrowing of circumstances.

Only a handful of chaplains have earned the Medal of Honor. Navy Lt. Vincent Capodanno, whose bravery and selflessness were exemplified during the Vietnam War, is one of them.

Capodanno was born on Staten Island, New York, in February 1929. He was the youngest of nine siblings and loved to volunteer throughout his community. He went to college for a year after high school, but eventually decided that his true calling was to serve others through God.

Capodanno quit school and joined the seminary. He was ordained as a priest in 1957. During the next eight years of his life, he would travel to Taiwan as a missionary, then to Hong Kong to teach disadvantaged children.

By the mid-1960s, America’s involvement in Vietnam had grown so much that Capodanno felt the urge to serve. So, in December 1965, he volunteered to become a commissioned officer in the Navy to work as a chaplain. In April 1966, Capodanno was sent to Vietnam to serve with the 1st Marine Division, 5th Marine Regiment’s 3rd Battalion.

Chaplains are noncombatants, meaning they don’t actively participate in hostilities, but his actions while deployed were well-respected. Capodanno earned the nickname “Grunt Padre” for living, eating and sleeping in the same conditions as the Marines with whom he served. In the community where they were stationed, he organized outreach programs, started libraries and gathered and distributed gifts for the local people. He spent hours reassuring the weary, consoling the grieving and listening to confessions.

Capodanno requested a six-month extension after his tour was up. Four months into that extension, he earned the Medal of Honor.

On Sept. 4, 1967, a 38-year-old Capodanno was with his Marines in South Vietnam’s Quang Tin province when his unit learned that another platoon was in danger of being overrun by enemy forces. The chaplain, who was at the company command post, decided to leave his safe haven and run through an area riddled with gunfire to get to the platoon under attack.

Despite the hail of gunfire, explosions and other chaos at the scene, Capodanno moved around the battlefield, giving last rites to the dying and aid to the wounded. He was eventually hit by an exploding mortar, which caused multiple arm and leg wounds and severed part of his right hand.

But he didn’t give up. Capodanno refused any medical help and instead directed other Marines to help their wounded comrades. He calmly continued to move around the battlefield, encouraging the Marines to follow his lead.

When he noticed a wounded Marine who was directly in the line of fire, Capodanno rushed in to try to help. He was within inches of the Marine when a burst of machine gun fire went off. Capodanno was hit 25 times and died at the scene.

The chaplain’s loss was immeasurable. His bravery had inspired the men around him so much that he went on to posthumously earn the Purple Heart, Bronze Star and Silver Star. On Jan. 7, 1969, his family received the Medal of Honor on his behalf.

Capodanno is one of nine military chaplains to have ever earned the honor.

In the half-century since his death, several chapels and other buildings have served as his namesake. Staten Island’s main thoroughfare, Seaside Boulevard, was renamed in his honor. The USS Capodanno was also named for him, even receiving a papal blessing from Pope John Paul II when the ship was commissioned in 1973.

In 2014, the chaplain’s medal was donated by his family and dedicated to the Capodanno Chapel at Marine Corps Base Quantico, Virginia.

Efforts are being made to have the Roman Catholic Church canonize Capodanno as a saint. 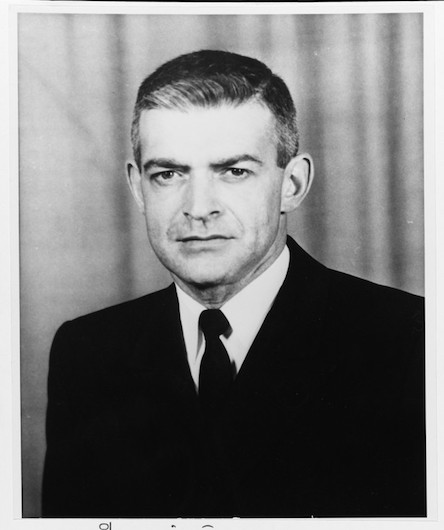