Marine Corporal Ian Thomas Zook was killed in Al Anbar, Iraq on October 12, 2004. He is survived by his wonderful parents, Mark and Karen, as well as his amazing sister, Amy, her husband, Kenny, and their daughter (named in honor of Ian) Jillian.

I have worn his name honorably for approximately 10 years and just recently had to order another bracelet. His photo and the bracelet I've worn over the years are attached.

I met Ian's family by chance. Back in 2008, unbeknownst to me, I had returned from the same region in Iraq where Ian was killed in 2004. I was considering going reserve and began looking for a reserve unit near where my parents had settled down in Port St Lucie, Florida.

The nearest unit was 4th ANGLICO so I called down there asking for more information. The GySgt I spoke to gave me more information and asked about what I wanted to do for work while in reserve.

I told him I was interested in joining the Florida Highway Patrol. He then told me that the father of a fallen Marine from that unit (Ian) was an FHP Corporal. I asked to meet with his father, Mark, and Mark stopped by my parents' house while I was home on leave. The rest is history.

Over the years, I have participated in many events to honor Ian and joined his family whenever I could to honor him with them. Ian's resting place was directly behind Mark and his wife Karen's home in Port St Lucie. Eventually, Ian's parents decided the best place for Ian to rest was at Arlington. He was interred there a couple years ago and I know it was difficult for his family.

Being in this northern Virginia area meant that I had plenty of chances to visit Ian in Arlington and take photos for his parents, which I did. This past Memorial Day was the first time I was able to take my family to Arlington to see Ian's grave. It was not easy at all. I was flooded with a ton of emotion and the biggest thought I struggled with was that it's not fair that I could have a family and Ian couldn't have a family of his own. My wife has been extremely supportive and helps me cope with this.

Ian was a huge inspiration for me to decide about a year and a half ago that I wanted to leave law enforcement and come back to active duty and become a Marine Officer, so I applied for selection to Officer Candidates School. It's a very long process and I recently had a great phone interview with the folks who will decide my fate, so to speak. When a Major asked why I wanted to be a Marine Officer, I had a tough time keeping it together when I told him I want to do it for all Marines and especially those who can't be here with us today, like Ian.

I never did end up joining the FHP because I stayed on active duty, but joined the Marine Corps reserve in 2014 and joined a unit here in Quantico. I also became a police officer with the Virginia Beach Police department and am still certified as a police officer in New Hampshire after working up there in a small town for a couple years. Ian always wanted to be a police officer, like his father. We've now relocated to northern Virginia while I await the OCS decision.

I'm glad to see that you all are still continuing to honor the brave men and women in our military who have given everything in defense of our nation. I know it makes Ian's family very happy. His family always wants us to pass on Ian's favorite Bible quote. That quote is, "Greater love hath no man than this, that a man lay down his life for his friends." John 15:13

Thank you all very much for the opportunity to share Ian's story. 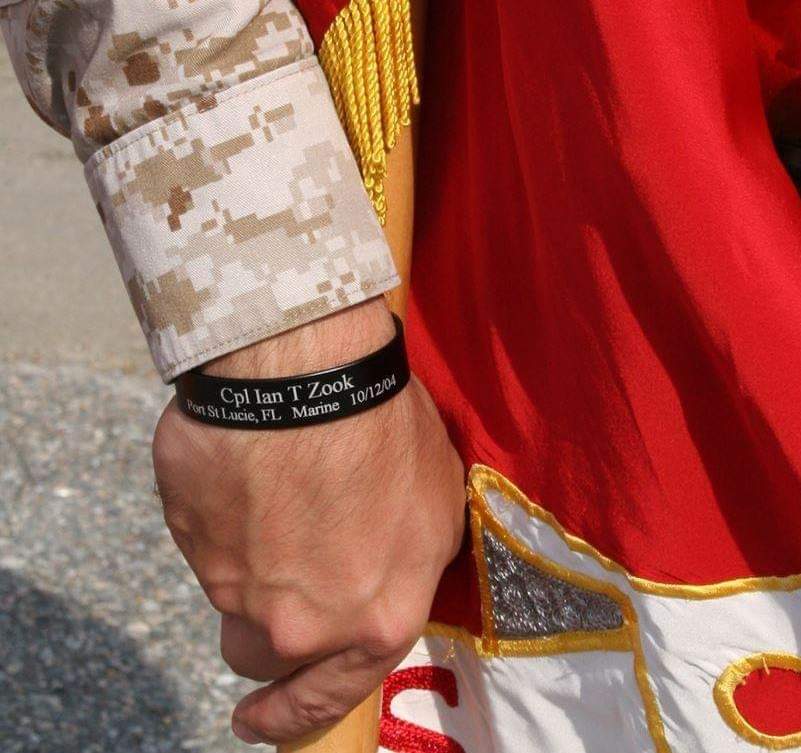